Dr. William Courtney has seen over 7,000 patients whose diverse medical conditions have provided him with an education that has driven him to understand how a raw diet interacts with every cell of the body. If you are not his patient he cannot give specific medical advice but can speak in general about the experience he has had with others with similar conditions. 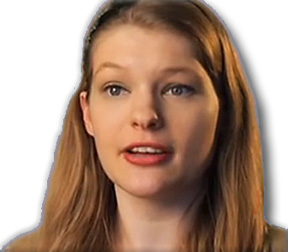 Kristen Courtney brings a decade of personal experience and research to the area of whole plant use for prevention and treatment. Kristen’s has survived a wide range of serious medical conditions including: lupus, juvenile rheumatoid, interstitial cystitis, cervical dysplasia with multiple LEEP procedures, endometriosis and multiple vertebral fractures. Diverse pharmaceutical allergies have complicated her 14 surgeries and 4 years of bed rest. Her personal experience with chronic illness generated the empathy that guides her application of statistics and research design in the study of the impact of diet on health.

William L. Courtney, MD has an extensive medical education that began with a Bachelor of Science in Microbiology from the University of Michigan. He also received his Doctor of Medicine from Wayne State University, and Interned for Residency in Psychiatry at California Pacific Medical Center and went on to earned his Post Doctorate in Forensic Examination and Forensic Medicine.

His area of special interest is in the dietary uses of cannabis to achieve 250 to 500 mg of cannabinoid acids, which he considers as a conditionally essential nutrient in the diet of individuals of 40 years and older.

Dr. William Courtney has seen over 8,000 patients whose diverse medical conditions have provided him with an education that has driven him to understand how raw dietary cannabis interacts with every cell of the body.

Kristen Peskuski is a patient and researcher, who has over a decade used fresh cannabis leaf to put her Systemic Lupus, Rheumatoid Arthritis, Endometriosis, and numerous other conditions into a sustained remission. With 14 surgeries and 4 years of bed rest she has empathy as well as knowledge that has arisen from her education in statistics and research design, which helps her bridge the gap between patients, physicians, and researchers.

Kristen is the co-founder of Cannabis International, which is working to reverse the United Nation’s Convention One Treaty, in order to allow people access to cannabis worldwide.

In Israel at the Institute for Advanced Studies and the Israel Science Foundation, Kristin presented her studies on the non-psychoactive effects of fresh, juiced cannabis flower and leaf … which was also presented at the ICRS symposium in Sweden Summer 2014.

IN 2015, Kristen presented a paper on cannabis use in pregnancy / fertility at the ICRS symposium in Illinois and at the International Cannabis As Medicine conference in Germany.   She is heading up the experimental research design department in Ettelbruck, Luxembourg, working with the Association Luxembourgeoise des Methodes Preventives. Kristen is also reporting for Shaughnessy: The Journal of Cannabis In Clinical Practice.

Kristen Courtney often identified on the WEB as Kristen Peskuski.

My childhood fascination with the microbiologic world was latter supported by my studies of organic and biochemistries which came together in my undergraduate  degree in microbiology. With the 2004 Scientific American article on the Brains Own Marijuana, my scientific interests of a lifetime joined forces.

I have been immersed in the experiences of thousands of my patients who use raw cannabis daily. First introduced to dry green leaf, then fresh green leaf and now with the addition of raw fully mature flowers, the whole plant is restored. The central therapeutic paradigm of western medicine is the silver bullet, penicillin. Its single action is to block the synthesis of cell walls, which are unique to bacteria and therefore not directly harm the individual with pneumonia. The western medical mind has a very hard if not impossible time trying to understand the diverse actions of Cannabidiol.

While 10,000 year old cultural practices involve drying then heating cannabis to effect a nearly complete decarboxylation of THC-Acid into THC. The creation of massive amounts of THC is compounded by the introduction of a psychoactive side effect that has a 10 mg dose limitation secondary to CB1 receptor stimulation. Research conducted in Bethesda Maryland led to Patent 6,630,507 held by the United States of America since 2003 that teaches that the lack of psycho-activity in CBD allows doses that are 100-200 times greater than the tolerable dose of THC. The articulated Effective oral human dosage schedule is 20 mg / kg body weight requires a considerable amount of cannabis. The simplest approach is to consume the trichrome laden fully mature flower along with the 80-day leaf. Patient responses have exceeded any expectations.  Historically, dietary use of the entire raw cannabis plant brings us back in line with 34 million years of cannabis evolution. Lipid messenger molecules preceded cannabis by billions of years. The 4 billion year old development of lipid messenger molecules not only regulated resource management in the most primitive life forms, but were central in the earliest autocrine and paracrine modulation of cellular function. I believe autocrine cross talk was the necessary precedent to symbiotic, then multi-cellular life forms. Tissue specific or paracrine cluster regulation is the domain of the lipid messenger molecules and is the path to comprehending the incredible diversity of function that are only now beginning to be understood.

While our perception / publication of these physiologic properties are new, the phenomenal beneficial affects were there yesterday, last year, if not hundreds of millions to billions of years ago.  I seek to consolidate the science regarding the essential nature of the phyto- cannabinoid contributions to health maintenance and restoration. That akin to Essential Fatty Acids and Essential Amino Acids, there needs to be Minimum Daily Requirements established to guide worldwide adoption of raw cannabis as the single most important dietary element.

Our interest now focuses on the intra-cellular role of the Endogenous and Exogenous Cannabinoid Systems in supporting and restoring cell health. We now recognize that receptors, channels and enzymes are all end points of interface between the dietary terpeno-cannabinoids and cell regulation.  The cannabinoid research community has begun to label Cannabinoid receptors by the intracellular organelle to which they are attached, e.g. mtCB1 refers to mitochondrial First Cannabinoid Binding Receptors. It is known that CB1, CB2, GPR55 and probably GPR 18, GPR35, GPR119 are found not only on Mitochondria, but also Nuclei, Endosomes, Lysosomes, Endoplasmic Reticulum and Golgi Appratus. Pragmatically, the prevention of disease ideal occurs at the cellular level, correcting regulatory dysfunction / drift before subclinical disease can ever gain a foothold yet alone express itself clinically as ‘disease’.